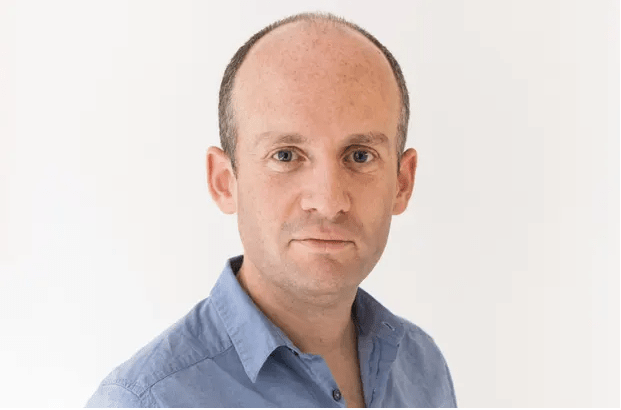 In our last post in this series Oliver Burkeman shared his advice for writing productively whilst keeping happy. Find out about his daily rituals, his love of deadlines, and which thinkers have provided insight into his own life.

Experimenting with different productivity practices has made Oliver Burkeman an amateur expert on the psychology of habit change. Trying new techniques suits his personality; he admitted “I’m always experimenting with little tweaks to my system because I’m that kind of geeky person.” Over time some of those techniques and practices have become absorbed into his daily routine. So, does that count as effective habit change?

“It’s hard to tell because I sometimes can’t tell if it’s getting a bit older and getting more experience. It’s not necessarily a conscious process. The self-selecting way is to look at which ones of those really seemed to stick and I suppose those do count as successfully changed habits.”

He went on to outline his daily habits and how he tries to lead a productive and happy life of his own.

Start the day with Morning Pages

In a recent article, Oliver wrote about the breakthrough he’s had with Morning Pages as recommended by Julia Cameron in the Artist’s Way. Once he realised pages weren’t just a creative writing exercise they became a very useful discipline. He describes them as something between “journaling and blather” and now writes his three pages most mornings.

“I’ve definitely got a lot more routinized in certain aspects of my work as I’ve gone on.”

The rest of his day follows a fairly predictable pattern with a “basic day” that Oliver manages more often than not. He’s at his desk by 7.30am and starts by working on the stuff that’s most important to him. He’ll work through until lunch time — attempting to avoid distraction from email and Twitter. A solid morning of writing is, he believes, “about as much writing as a human can do!”

The afternoons are more loose and unstructured with meetings, telephone calls and some exercise — and if he’s lucky another good hour of concentration at the very end of the work day.

To consider a day well spent, it has to start in a focussed way, without procrastination and distraction. Oliver explained:

“If I do an hour and half’s writing before I check my email then the rest of the day will probably be quite good and focussed and disciplined even if I’m going back to my email plenty of times in the day just because I’ve first of all got the ball rolling in one direction rather than another. If I wake up and I check my email right away often that days seems almost lost or certainly much less effective.”

The power of arbitrary rules

Rather than using internet blockers like Freedom, Oliver relies on old-fashioned willpower, defined in self-imposed rules.

“I’m as bad as anyone with having slightly arbitrary rules like I’m not going to check Twitter until I’ve finished my morning writing, but any glance at my Twitter feed will show that I fall off that wagon all the time. But it is still a real rule for me and I don’t think it’s valueless because I only succeed in it half the mornings I attempt to put it into practice.”

Deadlines: the sword hanging over your head

In getting things done, deadlines can be a powerful motivator, as Chris Baty founder of NaNoWriMo says, “The biggest thing separating people from their artistic ambition is not a lack of talent. It’s the lack of a deadline.”

“Creative work is only ever abandoned never completed.”

This is certainly the case for Oliver who describes himself as a stereotypical journalist requiring whilst also hating the deadline. He said:

“The great thing about journalism is the discipline, I can try every week to come up with a brilliant idea for my column but if I’ve got a rubbish idea and I don’t think I’ve done it well, it’s still time to submit it. Deadlines are so useful for getting stuff finished and making you realise that like the old phrase ‘creative work is only ever abandoned never completed.’”

He is currently writing a proposal for a new book and calls this the hardest kind of writing because of the lack of the deadline. His approach is “to force time into my schedule of things that do have deadlines” so he can do something that matters as much, if not more so, than the deadlined items.

Whose advice do you take?

Oliver’s weekly column for The Guardian, This Column Will Change Your Life, explores social psychology, self-help culture, productivity and the science of happiness. Among the many writers and thinkers he has explored the following three offered insight into his own life.

Susan Piver is a Buddhist teacher who wrote a blog called ‘Getting stuff done by not being mean to yourself’. In it Piver explains why she gave up disciplining herself to work to instead focus on doing things for pleasure. She found she was as productive as before and significantly happier.

Cal Newport writes a blog called Study Hacks that explores two interlinked questions, first, how do people reach elite levels in knowledge work careers, and secondly how they manage to do so while keeping their work a sustainable part of their life. Oliver admits he doesn’t agree with everything Newport recommends, but finds his approach helpful in understanding that in our overwhelmed over busy world that you are never going to get it all done. Oliver said, “There is no answer that is going to enable you to fit everything in that you want to do. It’s about learning to live with not getting done quite a lot of things that you really would like to in order to get done the few things that you really, really, really would like to.”

Steven Pinker is a Harvard Professor, psychologist, cognitive scientist, linguist, and popular science author. His latest book The Sense of Style contains what Oliver believes to be the most useful piece of advice on writing. This involves shifting perspective to see writing as fundamentally “pointing things out to an equally qualified observer who would see them if only they could have them pointed out to them.” If writers do this, they would avoid common pitfalls like talking down to people, showing off, and piling in research to prove you’ve done it.

To find out what other advice Oliver has, read his guide to a productive and happy writing life.

Originally published at https://prolifiko.com on November 28, 2014.