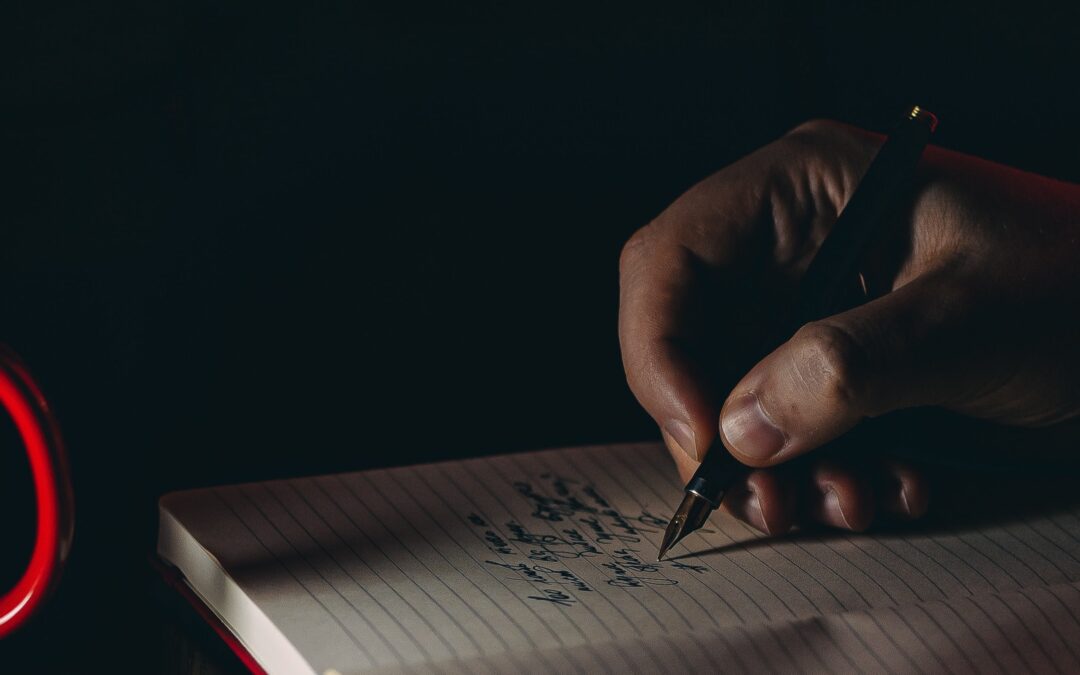 “I shall be a bestselling writer” wrote Octavia E Butler in 1988. She is not alone in fantasising about writing chart-topping books – I’d wager most writers have dreamed of such a thing. Visualising success can feel a bit woo-woo, but research shows that mental practice is an component of expertise.

Butler was a struggling writer when she wrote a private manifesto for success in the front cover of her spiral notebook, her childhood ambition to tell stories had been battered by years of rejection, setbacks and prejudice.

She went on to become the first science fiction writer to win a MacArthur genius grant, receiving the PEN American Center lifetime achievement award in writing, multiple awards from Hugo and Nebula prizes; her 13 books are read by millions and include perennial bestsellers like Kindred. The mother of Afro-Futurism, she became one of the most influential writers of her time and opened the doors for women like her to access literary spaces. When few believed in her talent, Butler backed herself.

Anecdotes are not data

It’s a compelling story. A struggling author writes down her dreams and within ten years she has achieved them. Yet anecdotes are not data.

We need to be wary of post hoc theorising, a fallacy that explains survivorship bias, where we concentrate on the people or events that pass some selection process. For example, sharing stories of writers who got published while overlooking those who did not, namely the many more writers who wrote books that were never published. That can lead to all sort of false conclusions and lead wannabe writers astray.

However, I believe we can learn from Butler’s private affirmations. Research indicates that visualising success can be the first step towards making it happen. Yes, there is a lot of work in the middle, but as Butler said: “All good things must begin.”

There’s evidence that visualising help us perform better. It all starts with that first thought. If you imagine a positive outcome, such as what it’s like to achieve a long-held goal, it feels good because it triggers lots of happy-making brain chemicals. Likewise, imaging a bad outcome makes you feel bad.

While the thought might be imaginary what is going on in the brain is real with observable neurochemical reactions. And it’s more than a fleeting wash of chemicals through the brain.

>> Read more on Prolifiko: How to visualise your writing dreams and goals 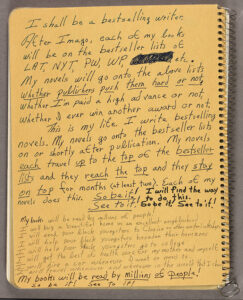 Thinking about doing something causes new neural pathways to emerge. It’s neuroplasticity in action, with the visualisation creating and changing neural networks. It could be as small as individual neurons connecting, to large-scale systematic change and reorganisation. Brain plasticity is central to our development and helps us to grow, learn and recover from injuries.

The physical changes don’t just sit within brain, researchers have found that neural pathways from visualisation create motor learning effects. This is most established in sports, where rehearsing for an event or competition is an important part of training.

There’s a study that looks at golf – bear with me. In training a golfer will take practice shots on an actual golf course, they rehearse shots in their head, and they also observe other players. Researchers found that watching other golfers practice can trigger the creation of neural pathways; and the benefits don’t just accrue to the players – golf caddies have an ability beyond their training and practice hours from their close proximity to expertise.

It’s all down to ‘mirror neurons’ firing when we observe or simulate practice. Mirror neurons behave as if an observed experience was actually real. The hypothesis goes that if the brain cannot differentiate between a real experience and an observed or even an imagined one, will it benefit in the same way?

Psychologists have put this to the test, investigating whether mental practice is able to enhance performance. While a consensus exists about its benefits it’s been hard to measure. Like visualisation the term mental practice is vague, meaning that studies looking at it include a variety of approaches of cognitive rehearsal – that makes it hard to compare like with like.

“Mental practice has a positive and significant effect on performance”

Mental practice, as the researchers found, comprises many different activities. In sports it can be pretty clear cut and straightforward to test. As far as I am aware, no one has yet run an academic study with writers watching other writers write (my Instagram obsession with writers desks and workspaces probably doesn’t count).

I believe that visualising, in particular writing down your dreams and goals, can be a starting point.

Octavia E Butler’s visualisations included her books being read by millions of people and portray her future in detail. “This is my life.’ She notes, “I write bestselling novels. My novels go onto the bestseller lists on or shortly after publication. My novels each travel up to the top of the bestseller lists and they reach the top and they stay on top for months. Each of my novels does this. So be it!”

But there is more to her affirmations than words, it’s a pep talk for action, where she turns her goal intentions into action. Her archive, housed in the Huntington Library in San Marino, California, provides not only insight into a writer’s inner process but also the supporting documentation of her achievements.

From dreams to plans

Butler writes: “I will find the way to do this. See to it! So be it! See to it!” She put in place a plan. Digging through her biography you can find countless examples of how she planned her writing career and developed her craft and her network. In short, she had a dream and she persevered to achieve it, overcoming numerous obstacles on the way.

Her success was the cumulation of a lifetime’s work. Make no bones about it, writing success does not come easily. All writers must start. Begin by setting intentions, framing your goals, then taking steps to achieve them.